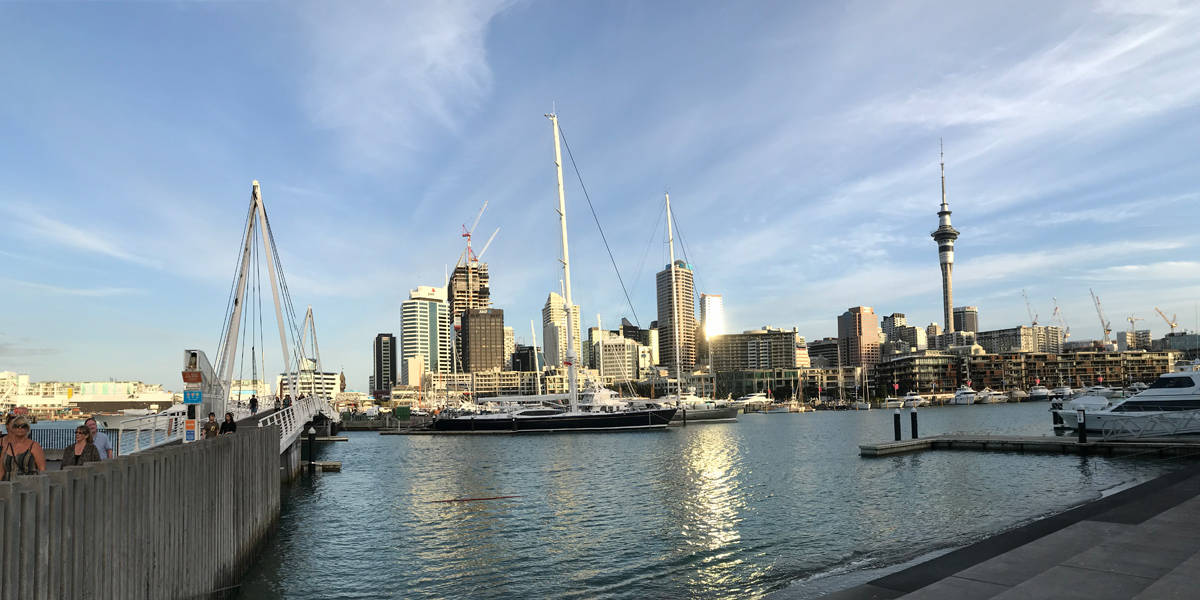 It is the smallest of things…

It is often the smallest of things we notice while travelling that end up shaping our experiences of a place. Take the humble sea shell. It becomes our guiding symbol to three cultural experiences around Tāmaki Makaurau / Auckland. First, as a piece of public art in Takutai Square, Britomart. Then in crushed form, it was a walking path between east and west for early pre-European Maori travellers traversing the ridge line that is now become known as the Karangahape Road Precinct, the cultural fringe of the city. Finally, we feel the humble sea shell under our feet as we stand on one of Auckland’s dramatic west coast beaches.

1. Pipis and Pop Jets: explore the old and the new around the waterfront.

Auckland grew rapidly after it was briefly named New Zealand’s first capital in 1840. Today, contemporary urban designers and artists have placed a lot of emphasis on revealing the intersection between 21st century city living and the activities of the pre-European Maori settlers. One of the most fascinating waterfront walks that does just this is between Britomart and the Wynyard Quarter. There are a number of maps and public art guidebooks available that outline this route in detail but at its core it is all about the beauty of the Waitemata Harbour – in any weather!

It is best to begin any city stroll with a good coffee, pastry or icecream, so a favourite is Amano’s on Tyler Street for mouth-watering bakery treats or an art-icecream by Giapo on Gore Street. Venturing to Takutai Square, look for that humble shell – in fact watch your feet because several stainless steel pipi shells are embedded in the pavement. Part of Pipis and Pop Jets, the public art work by Chaz Doherty and artists from local iwi (tribe) Ngati Whatua, acknowledges the original harbour shoreline revealing the dramatic changes since subsequent reclamation. It also references early sources of seafood for Maori around the area. It is one of several public art works at each end of this route that references the locale of the early shoreline as well as landing sites for Maori waka/canoes. Jump into 21st century technology with SCOUT, an interactive digital artwork by artist Tim Gruchy, also at Takutai Square. SCOUT, the Sentient Co-realtor of Urban Transaction, uses sensors and computer software to dynamically generate real time visual effects from human movement, weather conditions and surrounding sounds.

When you consider the beauty of the glistening Waitamata Harbour, you can’t help but ask questions about who has access to enjoy it all. You can even imagine the debates between property developers, urban planners, public park advocates, and everyday people working and living in the city. Right in the midst of this debate, on Queen’s Wharf, is The Lighthouse, a prominent public art work by Michael Parekowhai. Part navigational lighthouse beacon, part nautical ship complete with night time neons depicting the stars, part memorial to all the sailors of the Pacific, including Captain James Cook, it is a replica of one of the Government’s ‘State Houses’ from the 1950s. As an art work, it is charged with layers of socio/political commentary around honouring navigators of the past who looked to the constellations to guide them, while also considering how a lighthouse welcomes travellers home – but whose home is it now? As Parekowhai has said of the work, ‘it is a small house that holds the cosmos’.

All along this route walking west to Wynyard Quarter, past The Maritime Museum, the site for the 2021 America’s Cup, restaurants at Viaduct Harbour, and the ASB Waterfront Theatre, you discover more art works and architecture that reveal this exchange between the past and the present, between the marine environment, industry and the needs of inner city dwellers. Towards the end is Silo Park – a repurposed industrial precinct now home to food trucks, outdoor cinemas and Silo 6, a cluster of former cement silos that is now an unique exhibition space. To complete this tracing of waterfronts both old and new, finish amidst the lights and delicate water features of the new Tiramarama Way, designed by landscape architect Megan Wraight of Wraight + Associates and artist Lisa Reihana.

Catch the red CITYLINK bus, via Queen Street to Karangahape Road to explore the cultural fringe of the city.

This route starts on the steps at the top of Myers Park, developed in 1915 as part of the City Beautiful Movement. Here you will find a statue of Moses which once, oddly enough, graced the floor of a city department store. Now relocated, it points to the influence of the Jewish community in the development of this part of Auckland. From here, you walk through the stylish St Kevin’s Arcade which links the park to Karangahape Road itself. The arcade was the original site, in 1845, for the home of David Nathan, a key Jewish businessman who helped establish the first New Zealand Jewish Cemetery located across the road, in 1843. Take note of the Arcade’s Besties Café which has a lovely north facing view back over the park and the city. 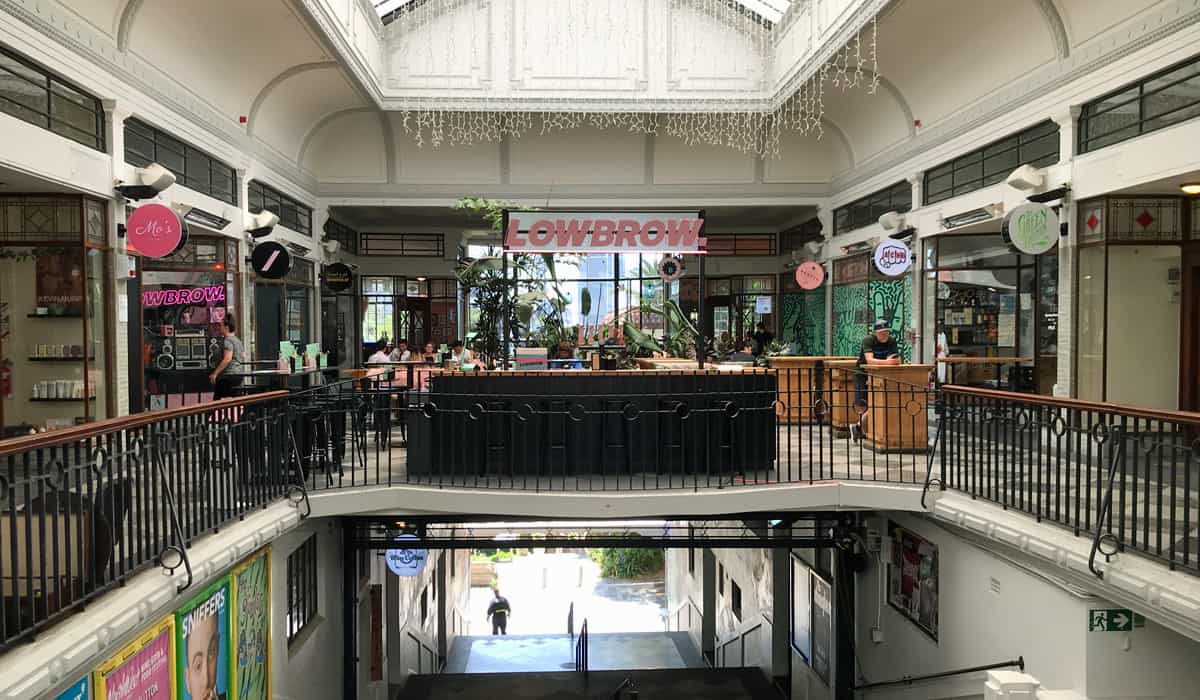 K Road, as it is affectionately known, once that sea shell- lined walking track, is now a busy creative precinct from Symonds Street to Ponsonby Road and beyond, with architects and designers, tattoo artists and street art, jewellery and art studios amid the dynamism of its diverse and eclectic community. You will find the public contemporary art gallery, Artspace Aotearoa, at 300 K Road, epic sandwiches at Fort Greene café, 327 K Road and a cluster of the best commercial galleries in the city.

A map of the arts precinct can be found here. Check gallery websites for opening hours, and our gallery map on google.

Late night bars like Peach Pit and Love Bucket, as well as the popular café Coco’s Cantina are pumping with people throughout the week.

Seeking a quieter locale, I head out west to Titirangi and the western beaches and bush on the outskirts of Auckland . Take a picnic or stop in to Titirangi’s Turkish inspired café, Deco, and the neighbouring Te Uru Contemporary Art Gallery. On your way to the beach, visit the McCahon House Museum highlighting the life and work of artist Colin McCahon. The wild Karekare Beach is where Jane Campion’s film The Piano was filmed and home to the Karekare House Artist Residency. Piha Beach is home to surfers seeking the bracing ozone soaked air and huge waves. It is here, with our bare feet buried into the black sand, that we encounter the humble seashell again between our toes. It is a fleeting moment when we can all feel connected to whenua- the land and to Papatūānuku, the mother earth figure who gives birth to all things of the world. Savour the moment. And try to keep the sand out of your picnic sandwiches.