“As an art traveller journeying to New York, you immediately get the sense, as you make your way towards Manhattan, that you are following in the footsteps of generations of artists who have flocked in waves to the streets of the Big Apple. You quickly feel the excitement that a city in perpetual change can offer. Each and every part of the metropolis has fascinating stories to uncover as you delve deeper into the creative synergies generated there from tales of the legendary wealthy philanthropists from Fifth Avenue, to the famous galleries and museums with their astonishing collections and the myriad of contemporary artist’s studios in Brooklyn and beyond.”
Sue Gardiner “ArtTravel, Issue 1” 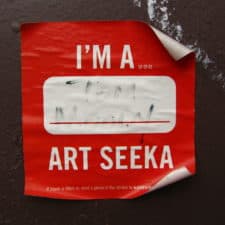 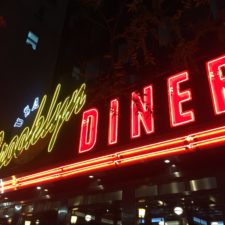 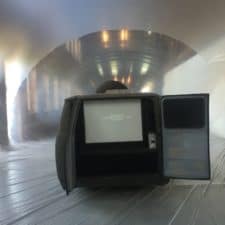 Since my first visit in the 1990s New York has amazed and captivated me. We have now completed three tours to New York and still we have not seen it all. My first memory is of a 1994 visit to a Cy Twombly retrospective at MoMA, and time spent standing in front of works by De Kooning, Bacon and Pollock. The excitement is still there and with each visit we reach further out from the centre to find new and interesting places and spaces to visit.

It is hard not to be captivated by an ever changing fast paced mega city. Your first sight of the Empire State Building, the Statue of Liberty or the Guggenheim Museum are all a wonder! A city of movies, museums, rivers and yellow cabs and gentrification. From the 1990s until now the city has changed hugely, as has the museum and gallery landscape. This change was particularly abrupt for many galleries after Hurricane Sandy. The flooding of Chelsea was a boon for the smaller spaces and rents on the Lower East Side where many dealer galleries now reside. The High Line has brought huge change to Chelsea, and now many of the big galleries are left standing.

Home to the new Whitney Museum which is an absolute must, this is really a glittering museum, peaceful and light, not to large, and with outdoor space that affords amazing views, especially along the High Line and the Hudson River. From here follow the walking map through some amazing spaces.
Chelsea is home to the Chelsea Market, books and fleas, but mainly it is all about food! Good coffee, amazing seafood, bakeries and much more. Make it a destination on your stop in the area. While it is very much worthwhile spending a day in this area doing the dealer galleries there are a few not to miss including Petzel Gallery, Hauser and Wirth, Paula Copper, David Zwirner, Gagosian and Pace. On our first tour to New York in 2011 the most amazing show we saw was a mini retrospective of Nick Cave’s Sound Suits at the Jack Shainman Gallery. Aim for the big names and stumble from gallery to gallery in between – there is always something amazing on!

You will find good food and coffee here as well!

Don’t be fooled by the distance between museums here, and be very picky about what you want to see. You can not realistically do this in a day! Consider starting your day with the Jewish Museum and a bagel, they often have excellent exhibitions on. We saw a Chagall show when we visited.  Your afternoon stop for food might be the Neue Gallerie and its Viennese style. The Metropolitan Museum now has two outpost – The Met on Central Park and The Met Breuer. This is located in the old Whiteny Museum buildin and focuses on specific eras of work. The Met proprer has such a wide variety of collections it is impossible to do justice to it all. The Oceania collection is special, as is the rooms of Impressionists and others of that era. There is also a Frank Lloyd Wright house, an Egyptian temple and so much more. Not to speak of the wonders at the Frick, and the architecture of the Guggenheim, if not always the show on.

Don’t for get to visit the rooftop of The Met for a drink at least. The Met is one of those museums where the entrance is by suggested donation only.

Any venture into the Lower East Side (LES) should be book-ended with a starting visit at the Tenement Museum and finished at the New Museum on the Bowery. LES has surged in value as a location since Hurricane Sandy decimated areas of Chelsea. Small Galleries abound at every turn, with a cluster around the New Museum. With Spring Street and Soho starting here, and Chinatown nearby, as well as the Tenement Museum and its cramped but authentic stories of New York’s waves of immigrants, there is really at least a day spent wandering this incredibly rich area. The LES is not as shiny as Chelsea, or as grand, but you will not be disappointed by the quality of the shows you will see here.