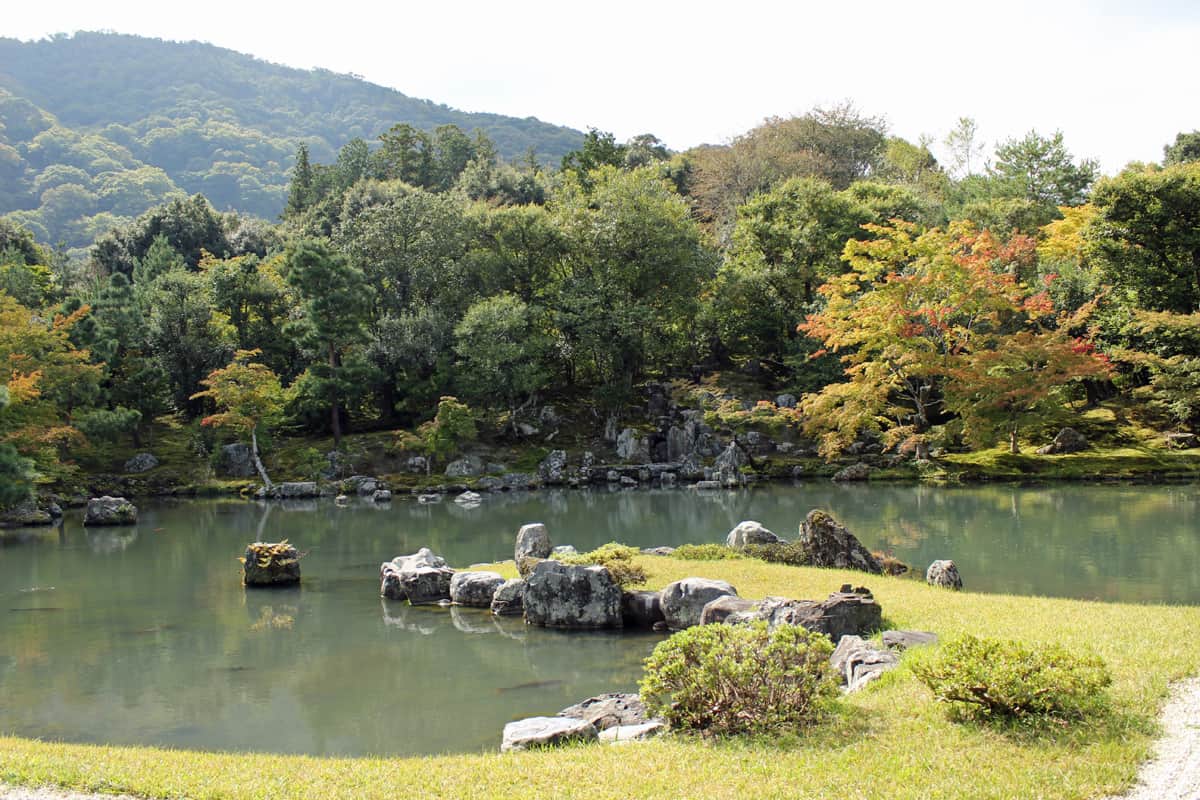 It is getting late.

The two elderly gentleman at the table next to us are talking Zen, laughing and shouting Kampai. The waitress attempts to pour their sake to the top of the glass without it over flowing, as the effects set in it is harder for the gents to say stop at the right time. More overflowing kampais and laughter.

We are a group of six, part of my tour group, at an Izakaya restaurant near Kyoto Station. Elderly gentlemen number one leans over and comments in english he is eighty three, he is the same age as our eighty three year old, so we strike up a long conversation in drunken broken engrish. Hilarity ensues all round. They have been in Kyoto for the day to visit the Zen exhibition at the Kyoto Museum. They are masters of Zen.
We run through their list things we must do while in Kyoto, some of which we will have time for. For farewells there is one more round of Sake, and they let loose the toast “One for the bitumen”.
We look at each other with quizzical looks before bursting into laughter.
Gently I say don’t you mean “One for the road”? Their turn to look at us with enquiry. There ensues a brief explanation of the difference between road and bitumen, and why therefore their saying needs to be amended. Ten years, that is how long they have been toasting each other with bitumen. This exchange will live long in the memories of our group. 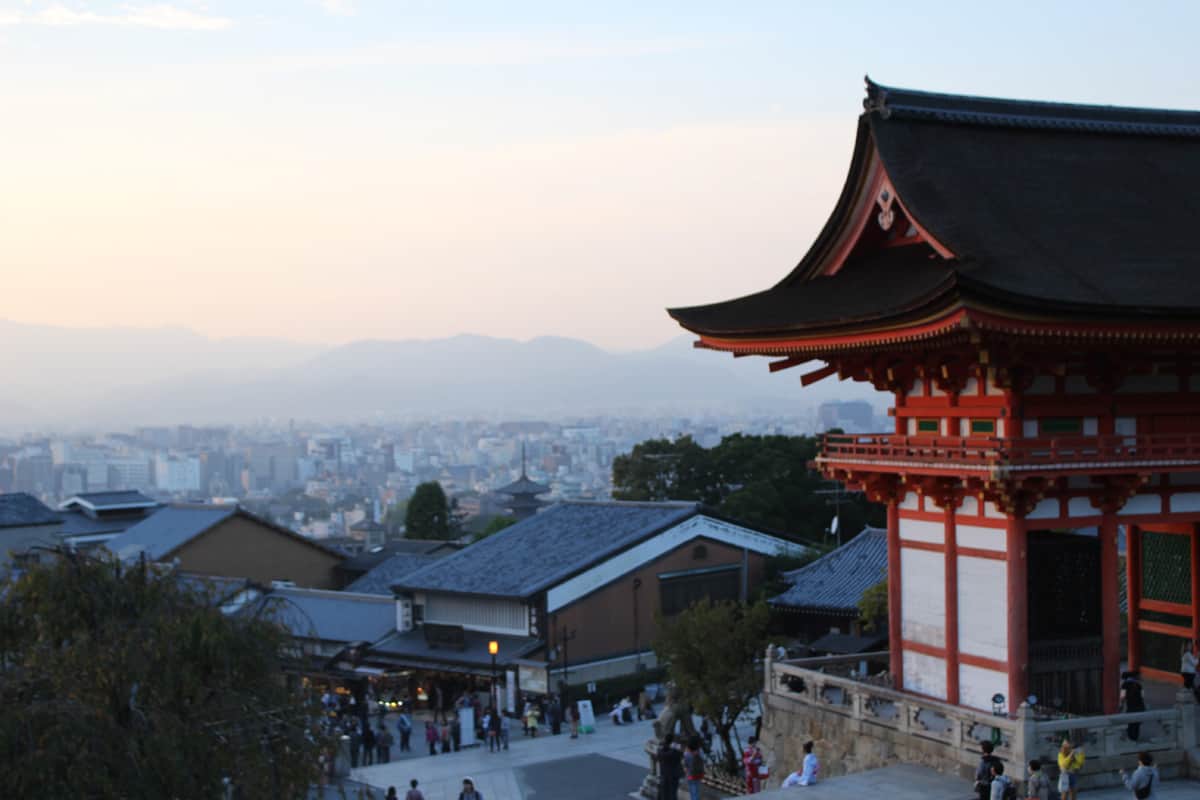 Another time with my wife and friend we visited this same restaurant. We all have one memory from that experience we still taste occasionally in our mouth memory.

This time another family group were sitting at the long table next to us. As the only non-Japanese in the restaurant, another sake fuled conversation was quickly started, and a gift of home grown mandarins was offered. Since we have gained their trust, we asked them what there favourite thing on the menu was, and promptly ordered it.
On arrival this appeared to be a whole Squid (above) stuffed with something. That something was in fact the most awful thing we had ever tasted in Japan. Though not to lose face, and disappoint our new found friends, we forced a few pieces down. That was in 2016. Last week, my friend offered the thought that she could still taste that Squid and nearly wretched each time her memory brought it up. 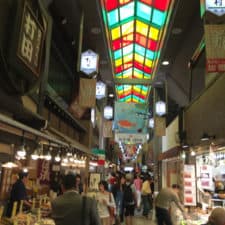 In Kyoto there are many places to eat, and many challenging things to be found on menus, as there is the rest of Japan, and let’s face it, the world over. I think the one that made me try to conjure a visual image was sashimi of Crab Brain and Gonad of Sea Urchin at a restaurant in Gion. Though the Nishiki Market is also full of wondrous things, such as pickled cucumber that will last for “90 days at room temperature”.
A walk through the Nishiki Food market could be a great place to try some amazing Takoyaki, (Octopus piece in battered balls), prawns or baby octopus on a stick or Okonomiyaki, (a Japanese pancake of types) but if you want my advice – don’t opt for the free taste of Sichuan Pepper. It will torment the end of your tongue for hours.
Post the market though – to really relax in a place of beauty we discovered a cup of tea and some enchanting cream puffs half way down Hanamikoji Dori, in the heart of Gion. So old school, yet so rewarding for a sit down on a warm afternoon in may after wandering Kyoto’s  “places of impossible beauty”. 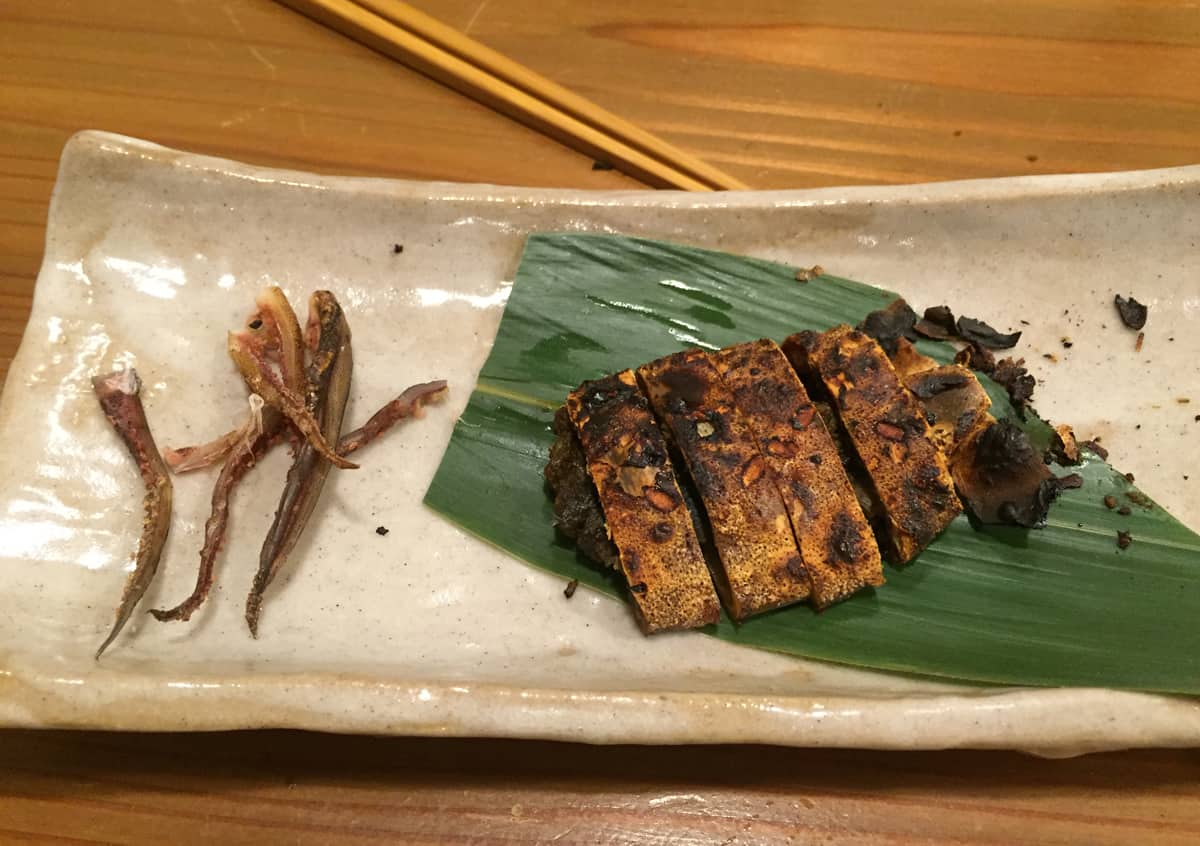 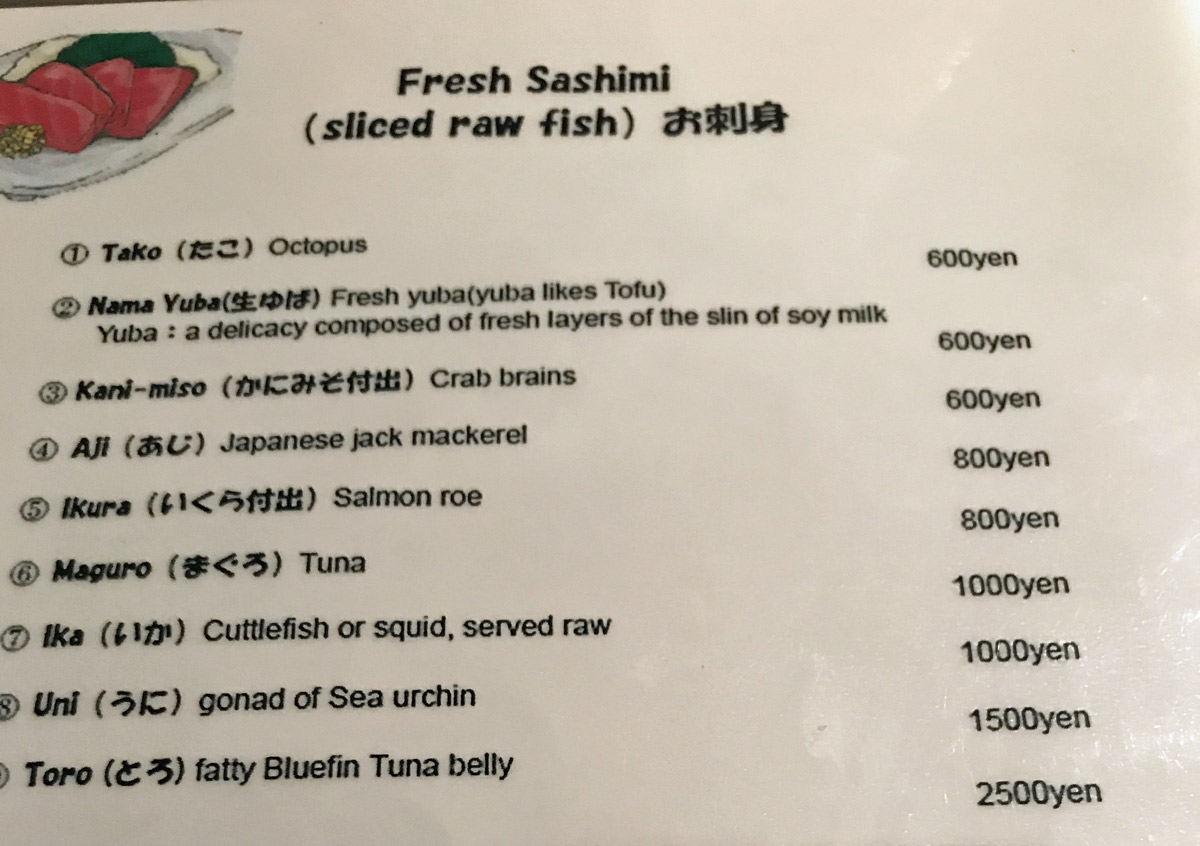